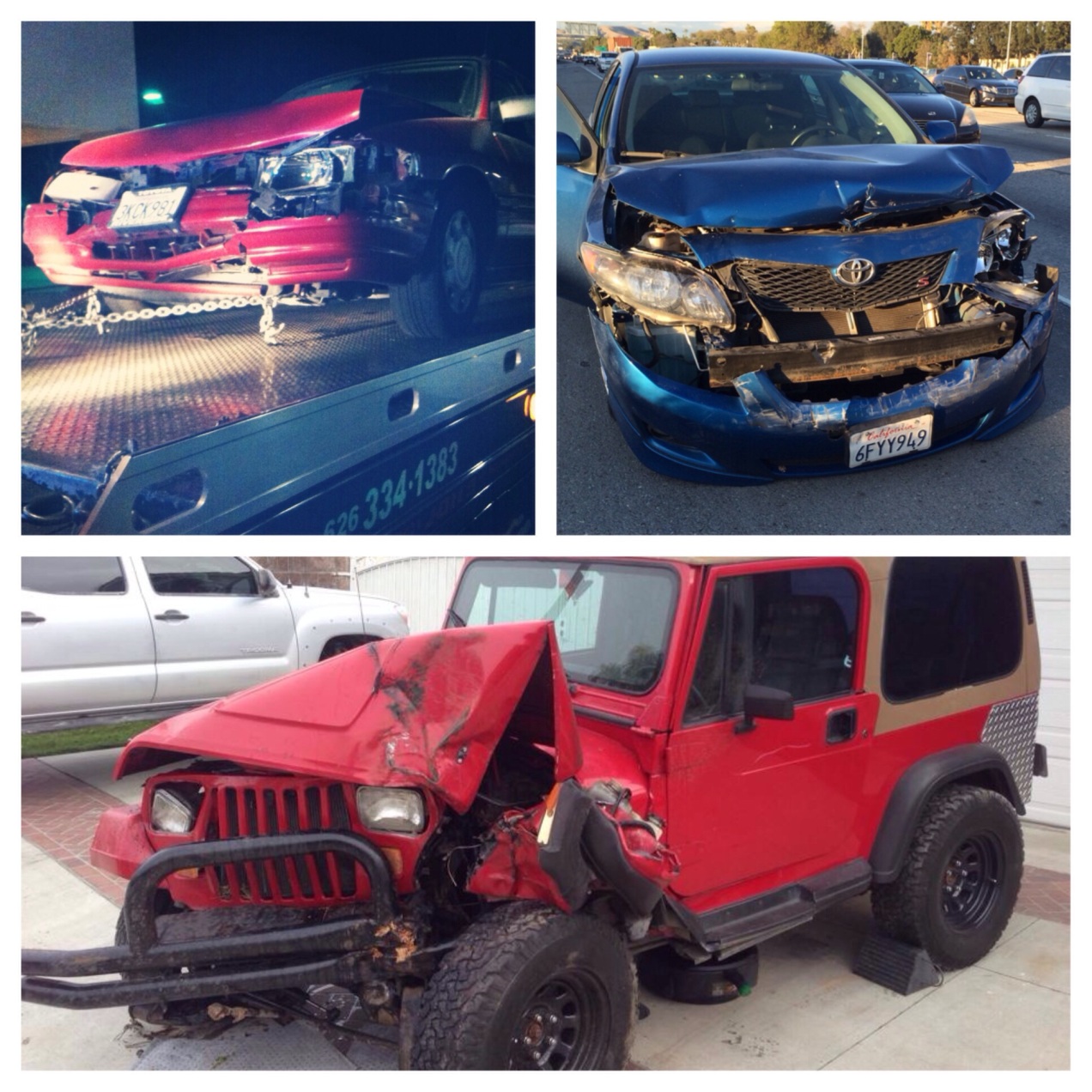 Being tragic runs in my family which makes me feel better that it is not just me. It turns out all of my sisters are also tragic, more some than others, and even my dad, even though he won’t admit it. Well two of my sisters and I decided to prove the whole “bad things happen in threes” saying in the best way possible, with our cars.

Exhibit A:
My younger sister was driving to her friends house one night. She had a red 1994 Ford Escort Wagon legit with automatic seat belts. She was at a stop light sitting behind a Mercedes when the light turned green. Everyone started going including my sister, then everyone stopped, not including my sister. She was barely going and hit the back of the Mercedes. Nothing happened to the Mercedes but my sister got a totaled car and an airbag to the face. 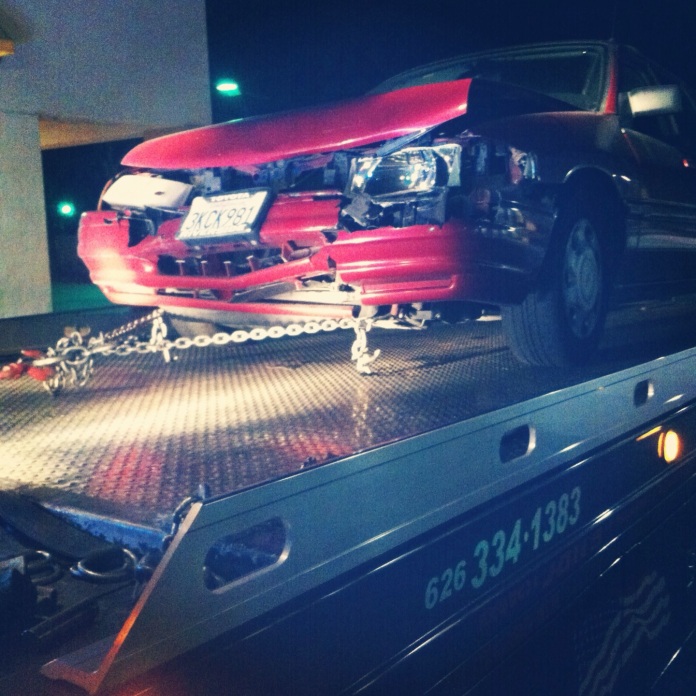 Exhibit B:
My youngest sister was driving to school in her red 1991 Jeep. She started going over the bumps in the center line so went to correct herself. She somehow over corrected and swerved to the right, then went to correct that and swerved to the left, then over corrected again and swerved to the right resulting into her going over the curb, plowing over hedges, and crashing into a tree. Actually going a good speed this sister needed an airbag but her jeep didn’t have them and she smacked her head on her steering wheel. Thankfully she was okay, but that tree gave no cares and was perfectly fine but the jeep became totaled car number two.

Exhibit C:
I was driving in my blue 2009 Toyota Corolla to my boyfriend’s house after work. I was on the freeway in the fast lane going probably around 70 mph. There was a lot of cars but it was a constant flow, not stop and go traffic. All of a sudden I see the small car in front of the van in front of me swerve to the left and then the van just came to a dead stop so fast that I couldn’t stop fast enough. I crashed right into the van. When I looked up I just saw my hood completely bent up and no airbags. Come to find out later my car had a recall for airbags so they should have gone off, they were just defected. Anyways this was totaled car number three. 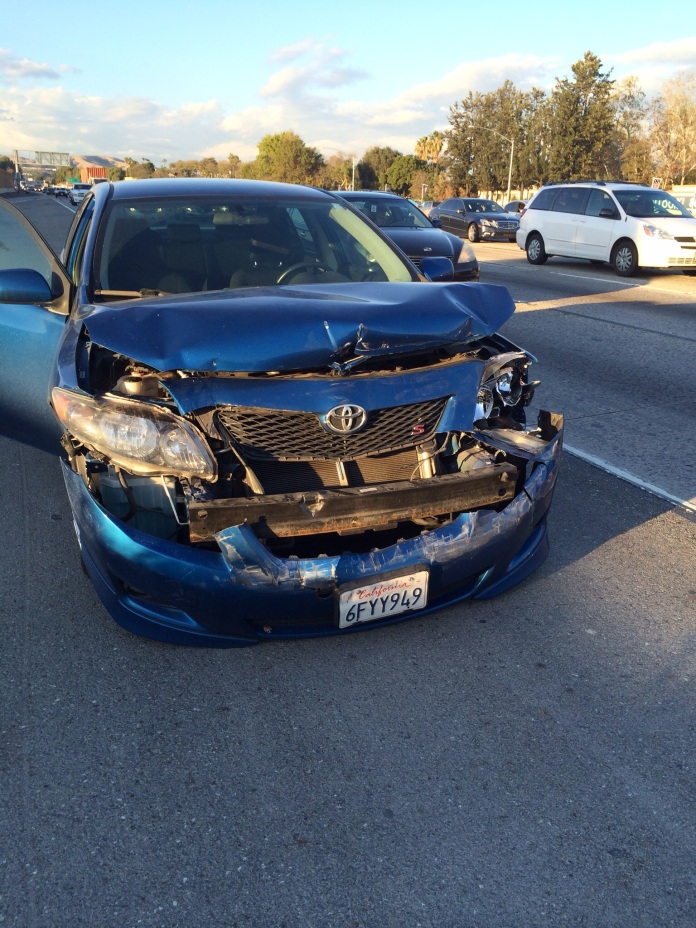 You can imagine how freaked out our parents were. Three totaled cars all within a month an a half. I wonder what our neighbors thought when one crashed car was sitting out front after another. Thus became the not so funny joke of the family junk yard.