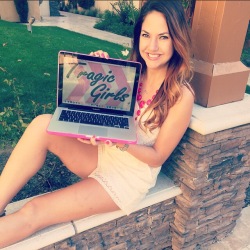 In the spirit of Halloween, I suppose it’s a good time to confess that I am a total Harry Potter nerd, like completely. I’ve read all the books, a few of them twice, and seen all of the movies countless times. I know almost all the lines, all of the characters, and everything. I told you, I am a nerd. I have reasons though. Obviously the entire series has an awesome storyline, but it is just the whole series as an art form that amazes me. J.K. Rowling is an artist and what she created truly is a masterpiece. She created an entire new world. Yes many authors do this with their stories, they draw you in and for a little time period you leave your troubles behind and fall into the words, but Rowling did this and kept it up for the entire seven book series, each book growing larger than the previous until the last few. I remember reading them when I was younger and feeling so proud of myself for finishing these large books, but in reality it was more like watching a movie in your head, that is how vivid Rowling wrote this story. This world she created had its own language, locations, its own schooling system, laws, law enforcement, everything. She stayed so consistent that after reading the books and the entire series you were pretty much fluent in this world as if it could be a real place. I admire her imagination and wish that I could think of something this detailed and to keep it going for so long. I would love to sit and pick Rowling’s brain to see how she wrote, did she plan, brainstorm, or just sit and write? Did she know how the story would end in the beginning or did she make it and change it as she went along? Again it just amazes me.

So yes, I am a serious Harry Potter nerd, a Potter Enthusiast if I had to label myself, and that’s okay with me!